My 'Master's' Journey the first installment

Here I am today sharing my Master's projects that were created for the Scrapbooking Memories Masters Competition of which I was named along with 9 other talented ladies a 'Master' for 2012.  I was notified via phone call from the Editor in September 2012 and had to somehow keep it under my hat until Mid December 2012 when the special edition 'Masters' issue comes out.  That was SO tough!!

So to start I will take a moment to back track and tell you a little background about me entering the competition.  The year I started scrapping 2008 was the first time I entered.  I really enjoyed the process and back then and there was 2 rounds the first went off photos of the projects which I didn't have much of an idea about back then, but I gave it a shot.  I was aiming for the top 50 that the honorable mentions came from, which also gave you an opportunity to send in the physical projects.

I got my entry in, in the midst of planning to move back to Melbourne from Perth, and when the calls would be made I was going to be travelling. I soon realised that I hadn't made the cut, but I was super proud of my efforts and was looking forward to a new life beginning for my husband and I which was that I was pregnant with our first child.

2009 life sure got busy as my eldest is a May child which didn't work in well with the following years competition which the criteria is usually released in the June issue of the Magazine.  He was one month old andI had bigger things on my mind that year.

2010 I really thought of entering and had even thought of what I wanted to create, but I just didn't get around to it.  I was busy with a 1yr old and I had already fallen pregnant with our second child so it just wasn't going to happen.  That was enough for me that year.

2011 came and having a 2yr old and a 6 month old, life was super busy for me as a mum.  Again I thought about what I would like to create for the entries, but life got in the way and I just didn't get around to it.  I guess I was too busy 'making' the memories.

2012 came and I ummed and ahhh'd about entering.  I had for as long as I had been scrapping wanted to eventually achieve that title, and I felt my scrapping had lifted a level that year.  I was loving what I was creating and how I had really started to develop my own style.  It was a message, on a chat I think, that a friend Renee Aslette asked if I was going to enter... well I guess that was the making of the decision.  Not sure why, but I guess I needed to stop dreaming about entering again and just do it.  So I made the decision to put in.

I started creating early on my first project and had that nearly done.  Ideas for my double layout and canvas were in my head also.  As for the last one which included memorabilia, I had NO IDEA.  I then got quite sick with sinusitis and it really knocked me for six, and those that know me know that doesn't happen too easily.  That, along with my young boys being sick on and off I didn't find much time to put into the projects...  Two weeks to go and I knew I had to get moving if I was going to get this entry in.  A new paper had been released at CHA that I wanted to have SO BADLY but didn't think it would be out in time until I saw an online store advertise it... I just had to have it and I put in a speedy order trying to get it by the end of the week (usually 3-4 days postage from where the store was).  It was going to be perfect for my memoribilia layout of which I now knew what photos I was going to scrap (no idea how).

I got moving on my canvas and double layout, and I was still quite sick that week and I remember not enjoying it and pushing myself as I knew I would regret it if I didn't get my entry in this time.  I got my entries into the post and I was so happy to have gotten there.  I will tell you more about each one as I go along.

The first project I want to share is my double layout reflecting my childhood.

When I read this criteria, I knew where I wanted to go with it.  I asked mum for my baby photos and started looking through them.  The quality of them is nothing compared to what we can take these days but I found some that would work and so I decided to focus on all the dresses my mum made me a child.

I also found inspiration from the colours of the 70's being a 70's child orange is what came to my mind... we had orange couches, curtains and decor.  In looking through papers at my local scrap store I saw the Authentique range and I knew it was perfect!  I then had to choose what techniques I wanted to build into the layout.  Seeing this was going to be my only real girly layout I decided on wanting to showcase hand made flowers and embellishments as well as patterns usually used on a more grungy feel layout to be all prettied up.

I created it over 2-3 days from memory pushing myself to get every little detail done and finished as quick as I can as I still had another 2 projects to get done in a week and a half.

I used Spellbinders to create all the beautiful flowers on the layout, and 'paperclay' to create the vines bringing them all together.  I also used some beautiful Sworvski crystals teamed up with the reverse chickenwire stencil and some inking to alter the plain cardstock to tie in with the paper collection.  There was a whole lot of punching with hexagons in different sizes to create more interest.  I absolutely adored how it came and I just hoped it was what the judges were looking for!

Here are some pictures of the project: 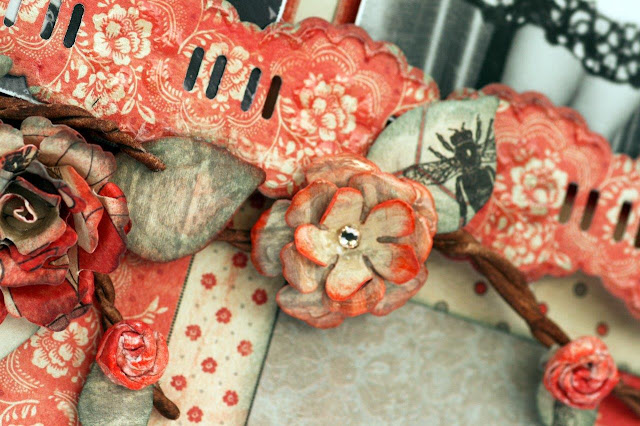 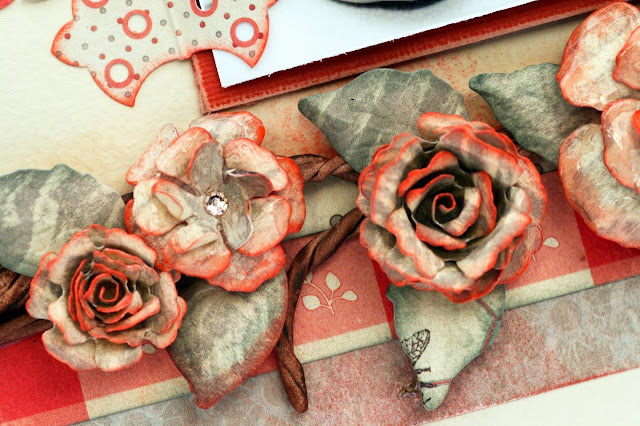 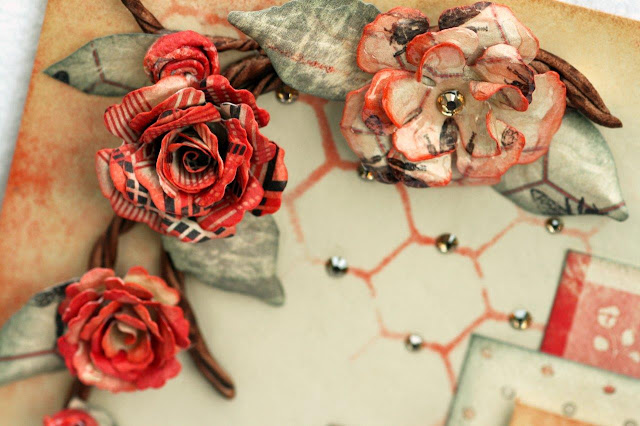 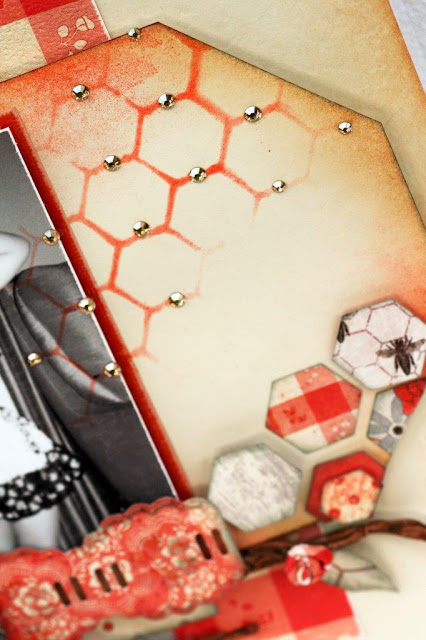 This was definitely a challenge for me as I don't do double layouts often at most I would put two layouts done with the same papers together in an album.  I did enjoy the process though!

I do hope you have enjoyed reading the first installment of my masters journey, and come back to read all about the other 3 projects I created as part of my entry. 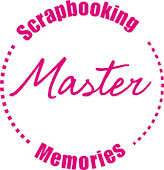 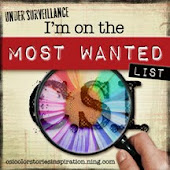 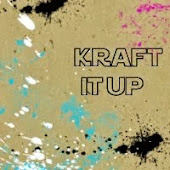